Ellen DeGeneres has given us an opportunity to explain copyright infringement. Ellen’s TV show, Ellen’s Design Challenge, came to a bizarre end when the first winner, Tim McClellan was disqualified because “it was discovered there was an existing piece of furniture designed by European designer Simon Schacht that resembles Tim’s.” (See the Washington Post article.) 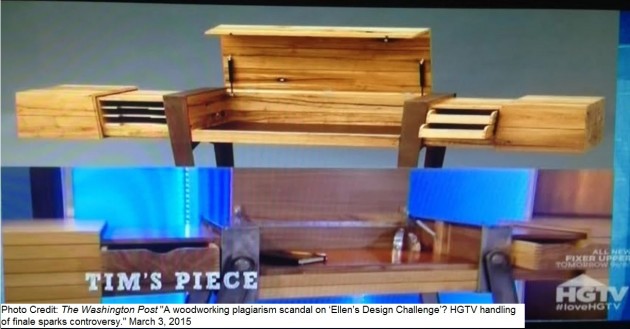 Although the TV show’s producers can use any criteria to define its winner, the turn of events begs the question, “Did McClellan commit copyright infringement?” I don’t have all the evidence, but it is possible that he did not. 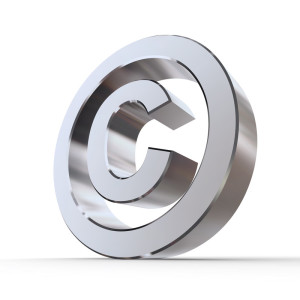 Here is what a court of law would look for to determine whether McClellan committed copyright infringement. First there has to be a copyright owner, and second, that owner must prove that the other person actually copied the original.

“Copying” is a critical element of copyright infringement. It is not enough to show the two works side by side and argue that they resemble each other. Actually copying must take place. One must prove that McClellan did not create his work without using Schacht’s work as a reference.

However, striking similarity is not by itself conclusive and may be rebutted by evidence that it was impossible for the accused infringer to have had access to the existing work. In this way, copyright infringement is different from patent infringement, which has strict liability (you can be guilty of patent infringement even if you never new the original invention existed). 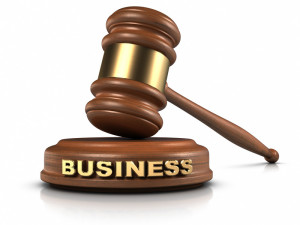 For example, access may be proved by showing that the existing work is so widely disseminated that the accused infringer could not possibly have lacked access.

I don’t have all the evidence to determine whether McClelland had access to Schacht’s original table, but it is possible that he did not. Schacht’s table appears in an online catalog dated February 25, 2015, and that page references an (obscure?) German website dated no earlier than August 2, 2014. When was the competition that resulted in the airing of Ellen’s show? Is it possible that McClellan designed his table for that competition before he could possibly have seen these websites?

Argent Place Law, PLLC serves businesses and business owners in matters of business and contract law, intellectual property law, and succession planning, including estate planning with wills and trusts. By integrating these fields of law, Argent Place Law is the law firm For The Life Of Business.TM

Looking for a copyright attorney for your new idea? Contact us today to get started and start profiting on your new ideas.