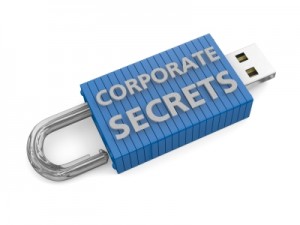 Put A Lock On Your Trade Secrets

Trade Secret is one of the four forms of intellectual property, and until today it was the only one of the four that did not have a federal law to help it’s owners with national protection.

Patent and Copyright have always been protected by federal law because the US Constitution mandates that Congress enact laws to protect these forms of intellectual property. Trademark, another of the intellectual property foursome, was originally only available through the States, but it got its federal protection in the 1880s.

It’s difficult to describe how important it is finally to have trade secrets protected by federal law. It’s not because the State laws on trade secrets differ significantly (all but three States have adopted some form of a uniform statute–the holdouts are New York, North Carolina and Massachusetts), but they have differed in how they are interpreted and applied in various state courts. What’s more, the interstate nature (and many cases, international nature) of internet-based commerce often demands that federal courts be used for breaches of trade secrets. Now contracts and employee handbooks that are designed to put persons on notice of trade secrets owned by a company can cite to a single body of law that will be recognized, interpreted and applied consistently across State lines, and even across the international borders.

If you’d like to know more about trade secrets and how to protect yours–or whether using trade secret is the best way for convert your ideas into valuable property–contact Argent Place Law for a consult.

Argent Place Law, PLLC serves entrepreneurs in matters of business and contract law, intellectual property law, and succession planning, including estate planning with wills and trusts. By integrating these fields of law, Argent Place Law wants to be the law firm For The Life Of Your Business.TM