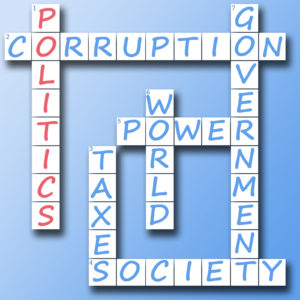 Here is a legal article with the self-serving name “Securing Our Nation’s Economic Future: A Sensible, Nonpartisan Agenda To Increase Long-Term Investment And Job Creation In The United States.” It is 30 pages long, and I think it is probably completely full of anti-capitalism rhetoric. I say “probably,” because I am just too busy building a law firm to read it all, but the 9 pages I did read foretells the rest. The first premise is encapsulated in this heading:  “Tax Policy That Discourages Counterproductive Behavior And Encourages Investment and Work.”

First and foremost, this is decidedly NOT sensible, and it is NOT nonpartisan. It is of course an agenda, the standard agenda of people who believe they know better than you what is good for you. You have to know, if you have studied American history at all, that the US government is not charged with the duty or the power to “discourage counterproductive behavior and encourage investment and work.” You will search the US Constitution in vain for those powers, because the country’s framers had had enough of an English overlord who wanted to do just that.

But those are in fact exactly the powers that every dictatorial regime cherishes. Those powers give them control over you. Just think: Who is going to decide what is that “counterproductive behavior,” maybe someone who thinks Pokemon Go is bad for you this year, then the entire gaming industry must be shut down next year? Government is supposed to perform essential functions that can be accomplished only collectively, like national defense. To have that we must pay taxes. But using the tax code as a means to alter social behavior, that’s nonsense, partisan, and frankly scary.

I put my faith in entrepreneurs like you, operating as a free people, allowed to pursue your own designs to produce wealth for yourself and for society, not power-mad politicians supported by phalanxes of faceless bureaucrats dictating which industries are to thrive, which are to die, and what kinds of jobs we need.

So what can YOU do about this kind of thinking? Well the most important thing is that you can contribute to “Securing Our Nation’s Economic Future” by building up your own company and working like crazy to create wealth for yourself. Because if you are successful at that, it means you are satisfying a REAL social need, not one invented by a lawyer who thinks he’s smarter than you. And by the way, you don’t have to make your company in an industry that is “blessed” by the know-it-all, power-hungry, statists (yet…that day may come), and you don’t have to invest as much as the politicians say you must, and you don’t even have to create a single job in the process! All you have to do is satisfy a real NEED!

So get out there! Start and grow companies! Focus on making great, innovative stuff or providing great, innovative services. Make deals with suppliers and customers, buy and sell companies, and beat your competition! And most of all, don’t buy into the silly notion that the god of the Left (aka “The Government”) is better than you at deciding what you should be working on.